After the last bit of intense sewing on The Nemesis, I needed a break. I vaguely recall starting this skirt roughly three years ago; the fabric is beautiful but it just wasn't working. 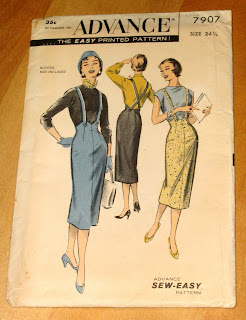 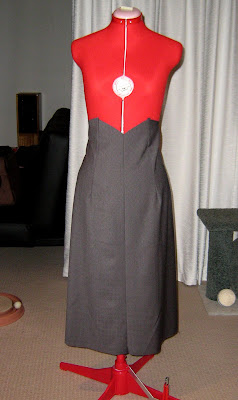 The seams in this skirt are in the front and back rather than the sides which makes it near impossible to shape. Time to give up on this one and find a new ball of string to play with. 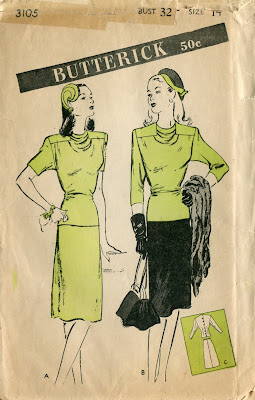 After unpicking the so-called 'wiggle' skirt, I discovered there was enough fabric to whip up this straight skirt from the 1940s. I'm not hugely keen on the top but I've a lavender Katherine Hepburn style blouse in the works which will match perfectly.

Much better! Not bad for a weekend at the machine.
Posted by Tamara at 13:00