Has anyone else noticed how fast the days are going by now we're approaching the end of the year? So much to do, so little time... I've quite a bit of catching up to do on the blog front; there have been several outings to report and even a bit of sewing. Time's a wasting so let's get to it!
I've been a huge fan of the Canadian chanteuse Jill Barber since discovering her music back in 2009. My former workplace used to have staff sales of CDs and books which had been sent in for review, the proceeds of which were then donated to charity. When I spied 'Chances' among the offerings, it was love at first site.


I had no idea what the music was like but judging by the cover art, it was likely to be to my taste. Boy, was I ever right. From the moment the I heard the first couple of notes of the intro, I was hooked Listening to this collection of songs, it is amazing to think they are all original compositions. The sweeping strings and dramatic orchestrations combined with Jill's unmistakable voice takes one back to kinder, gentler times. She captures the feeling of times gone by; to quote one reviewer: 'she has a voice that stops time'.
You can imagine my excitement then, when I discovered I would finally get the chance to see Jill perform live. She was touring Australia for the release of her most recent album 'Mischievous Moon' and Melbourne was the final show. Woohoo!! The venue, Bennetts Lane, is nice and intimate and is billed as a 'listening venue' so patrons are respectful and keep quiet while the artist is performing. It was refreshing to be able to go to a gig and hear the entire performance for a change. 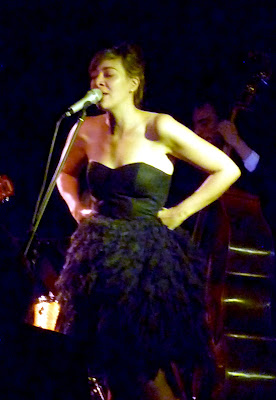 The first half of Jill's set featured mainly songs from 'Chances', she sang all my favourites first which pleased me no end. Then it was time for a costume change for the lounge era sound of 'Mischievous Moon'. 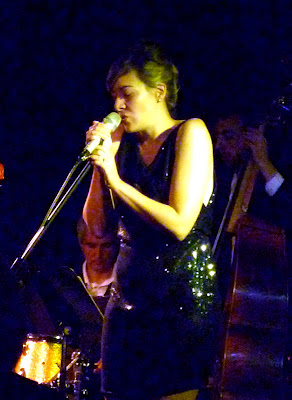 I had been dying to hear Jill sing live and it was everything I had hoped for and more. She sounded even better live than the recordings and was genuinely appreciative of the audience taking the time to listen to her songs; she has been writing songs since she was a teenager. She was even gracious enough to stick around and sign CDs after the show - I took my copies of both her albums for just such an occasion. 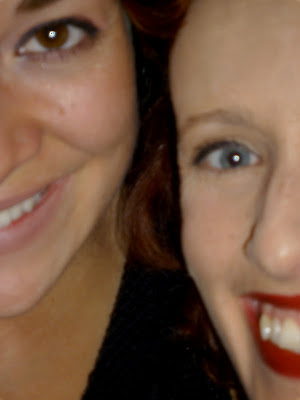 Once again, I managed to get an extremely very flattering photo of myself with an artist I admire - damn you  'Self-portrait' setting! Thankfully Jill was patient enough with me to allow a couple more goes and I managed to one decent one of the two of us - even if my boof-head takes up most of the frame. 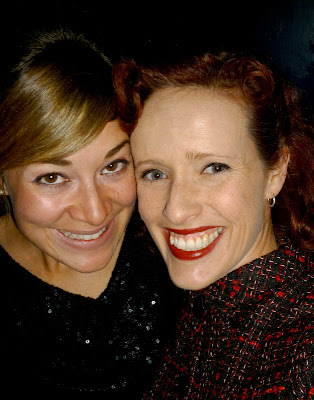 If you've not heard Jill Barber's music, you can listen to tracks on her website.
She really is lovely.
- Tamara﻿
Posted by Tamara at 23:54

Email ThisBlogThis!Share to TwitterShare to FacebookShare to Pinterest
Labels: Music, Out + About