I am one of those people who like to read the classifieds/auction section of the newspaper on a Saturday; you'd be amazed at the weird and wonderful things that come up for sale. A couple of weeks ago, I spied an ad for a costume company sale and made a note of it in my diary so as not to forget. 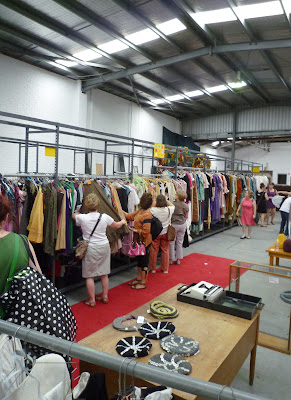 What a sale it was!! The Costume Factory in Kensington is preparing to move to another site and they are selling off a crazy amount of stuff. There are wigs, hats, shoes, theatre company and former hire costumes, a whole heap of suiting fabrics, pieces of theatre sets and even an industrial overlocker! 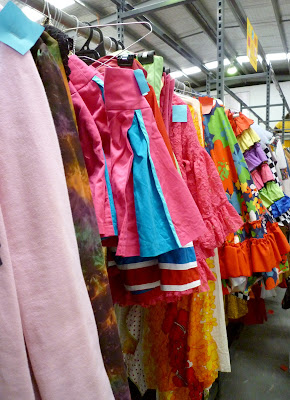 They were offering giant plastic shopping bags as you entered the warehouse, but I declined so as to avoid over-shopping. The prices were extremely cheap so it would have been easy far too easy to get carried away. 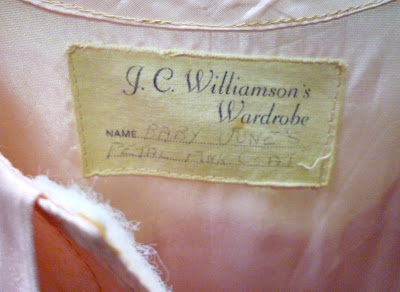 There were quite a few costumes from the J.C Williamson Company, which was formed in 1904 and controlled a network of theatres across Australia and New Zealand. They organised successful tours by Dame Nellie Melba and Anna Pavlova in the 1920s and later brought the Ballets Russes and the Bolshoi Ballet to Australia. 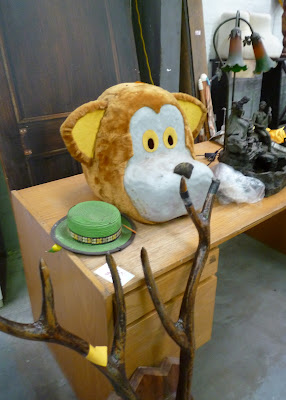 Australian readers will recognise this guy... 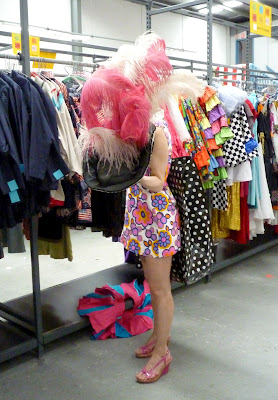 This lady gave me a giggle - a hat with feathers and a pair of legs sticking out the bottom. The hat she had scored was in amazing condition and one of the staff even filled her in on its history.
Below are my two purchases: a pair of military jackets. I had just watched 'Easy Virtue' (for the umpteenth time) - the thirties fashions in it are divine - so when I saw the white jacket, I knew I had to take it home. It was a bit grotty but I stuck in the wash when I came home and it came up a treat. Not bad for $20! 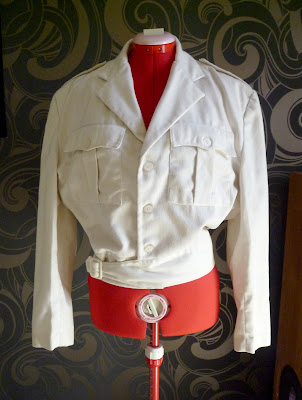 The khaki jacket, I picked up for only $5! It's in reasonably good condition - there's a small hole in the front pocket and a few wear marks - but there's nothing that can't be repaired. 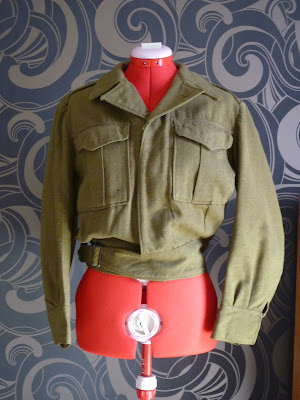 There is one more day of the sale remaining - Wednesday 12th Dec from 9.30 - 5pm - and all stock must be sold. So, if you're in Melbourne and you've some spare time tomorrow, get down to the Costume Factory at 290 Macauley Rd, Kensington and grab a bargain.
- Tamara﻿
Posted by Tamara at 23:25

Email ThisBlogThis!Share to TwitterShare to FacebookShare to Pinterest
Labels: Out + About, Shopping