Last week I read a news story about a man who purchased a particularly ugly bowl/cup in an op shop for $4 and then sold it at auction for over $75,000. Turns out, it was a 17th Century Chinese 'libation cup' carved from rhinoceros horn. A rare find indeed, but I get the feeling this guy knew exactly what he was looking at.
It's been a long while since I've been op shopping for no other reason than they've all been picked over. Not to mention that they've cottoned on to how much more they can make on vintage and designer pieces. It's a fair call, the proceeds go to charity after all, but this attitude appears to be creeping into the last refuge of bargain hunters everywhere - garage sales and swap meets.
The last swap meet we went to was the annual Broadford Swap Meet back in April and what a change it was from last year. Practically every stall holder had what they believed to be a 'rare piece' and they were charging accordingly; it sure took the fun out of it. Personally, I blame TV shows like American Pickers, Auction Hunters and the like. Before they came along, people didn't even know they had 'rusty gold'.
With the swap meet prices being well out of my budget, I had to content myself with seeking out some of the more fun stuff on offer. 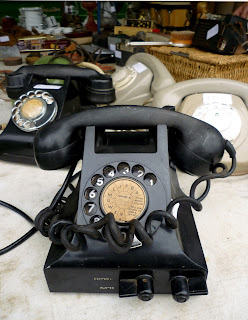 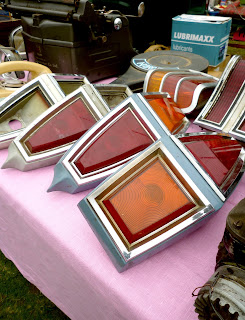 Something for the car restorer 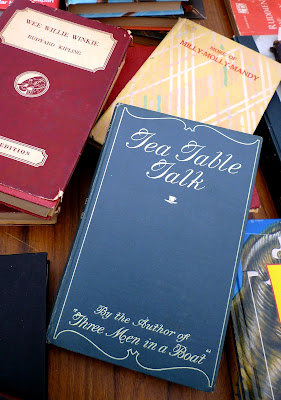 Who knew the 'Three Men in a Boat' author wrote another book? 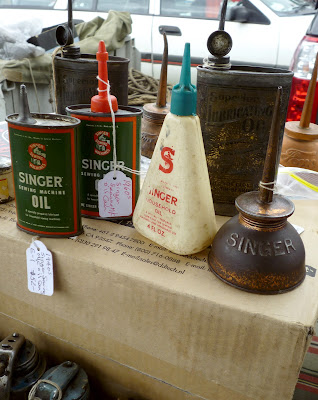 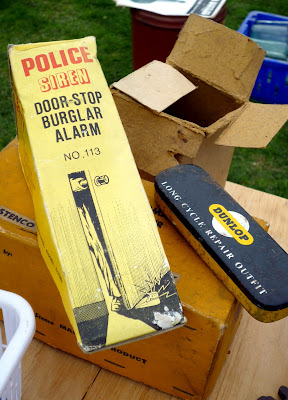 Oh, what I wouldn't give to see this baby in action!
The Police Siren Door-Stop Burglar Alarm would make for the perfect prank. 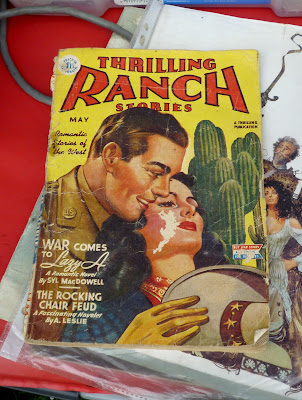 And finally, Thrilling Ranch Stories - Romantic stories of the West (c.1940s). If the front cover is to be believed, it looks like a great read. As you can imagine, I was sorely tempted by this one.
I do hope this weekend's Vintage Clearance Centre sale lives up to it's advertised bargains, I'm in the market for a new coat.
- Tamara
﻿
Posted by Tamara at 22:50