I am so excited!! Yarn bombing has finally found its way to Australia!
I had seen it about the Blogosphere a good 12 months ago but had never witnessed it in the wool. That was until a couple of weeks ago... 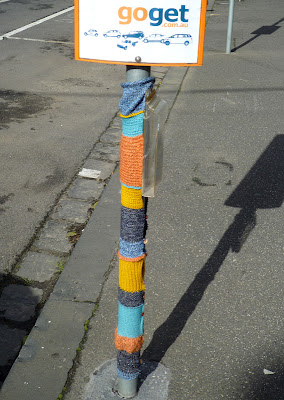 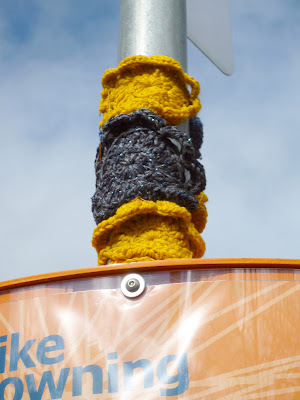 I spied these two colourful pieces buttoned to a pole in Williams St in Melbourne's CBD. 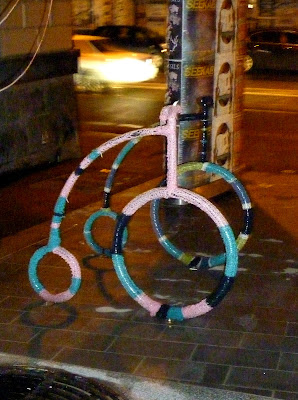 These amazing pair of bicycle racks were found in a small side street just off Smith St, Fitzroy. I wish I could have gotten a better photo, there's a lot of work in these guys.

It looks as though the Yarn Bombers have been busy in Bendigo too. They've caused quite a stir; the local paper has featured several stories detailing their activities and it's even bring visitors to the city to see the 'tree-cozies'.

Aren't they wonderful?!
It's such a great way to brighten the dull winter days.

Email ThisBlogThis!Share to TwitterShare to FacebookShare to Pinterest
Labels: Getting Crafty, Out + About