Let there be Roller Derby... and tacos!


With such an activity filled weekend, and then family commitments, this is the first chance I've had to sit in front of the computer. So, without further ado, let's get to it shall we?
This Saturday night was Roller Derby night and what a night it was! We saw a double-header but the main event was the Victorian Roller Derby League All Stars vs the Rat City Rollergirls (Seattle, USA). From the minute the Rat City girls hit the track, it was obvious we were going to be slaughtered. They used their warm up time to run drills; jumping to alternating sides of the track at the sound of a whistle, the team in unison. They appeared to be a force to be reckoned with, and they didn't disappoint. The final score - the VRDL: 87 to Seattle: 226 - like I said, it was a slaughter.
I'm yet to master all the features on my camera so please forgive me for the crappy pics. 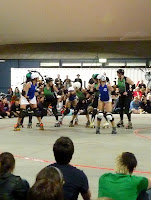 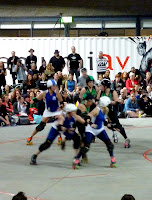 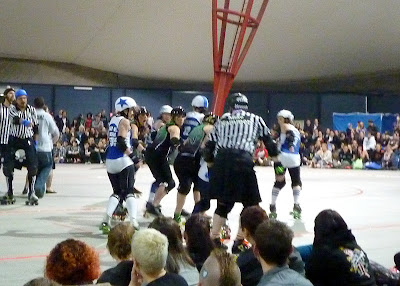 On Sunday we headed to Newport for a little slice of Mexico at the 'Once Upon a Time in the West - Car Park Fiesta. It was roughly a 40 minute drive from home, but Mdblm & I have a thing for Mexican food and we had heard the Taco Truck would be in attendance. Their food comes highly recommended, and it was delicious! 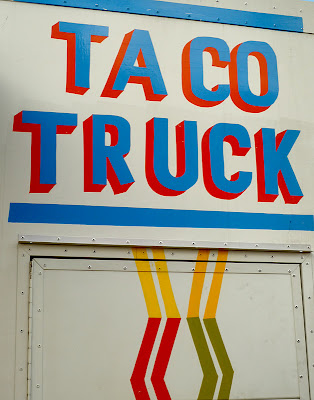 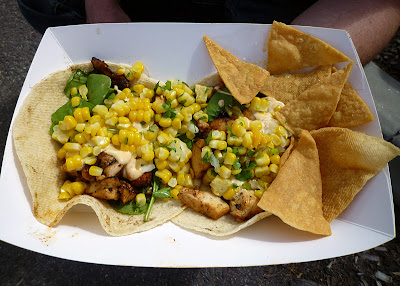 We were also treated to a little 'tex-mex' music with a performance by 'El Westies﻿' and, the highlight of the day, 'Mariachi Los Romanticos'. These guys are the real deal. They played traditional Mexican folk songs, mixed in a couple of interesting covers, and, of course, the Mexican Hat Dance for the kids. 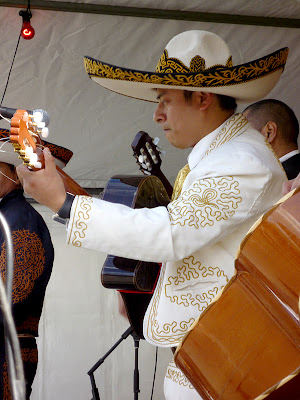 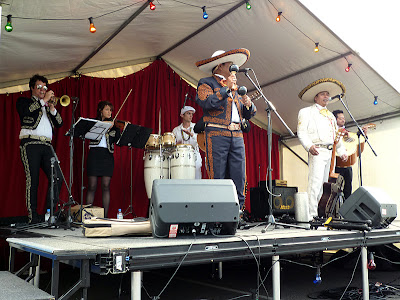 So, while Roller Derby and tacos may not seem to have anything in common, I beg to differ.
As far as I'm concerned, they're a great combination for fun!
﻿
- Tamara
Posted by Tamara at 00:17