Back in September, I took a trip to Rippon Lea Estate to see 'Miss Fisher's Costume Exhibition.
Miss Phryne Fisher is a character created by the Australian author Kerry Greenwood. Phryne (Fry-nee) is a glamorous and thoroughly modern woman of the 1920s. She has an acquired taste for the best but has working-class origins. The independent and unflappable lady sleuth sashays through the back lanes and jazz clubs of Melbourne, fighting injustice with her pearl-handled pistol and her dagger sharp wit. To date, there are twenty books in the series and the TV program, produced by ABC TV Australia, is now in it's second series.
I'm not much of a murder mystery fan myself so I've not read any of the books, or seen the TV show, but I do love a spectacular costume and Miss Fisher's costumes did not disappoint.
While there was strictly no photography - by order of the ABC -﻿ I couldn't help myself, qu'elle suprise. There are over 30 costumes on display which have been worn by the lead cast of the show and costume designer Marion Boyce (Every Cloud Productions ) has done an incredible job. 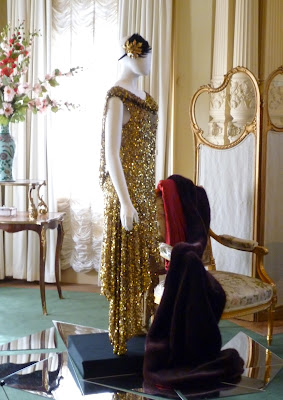 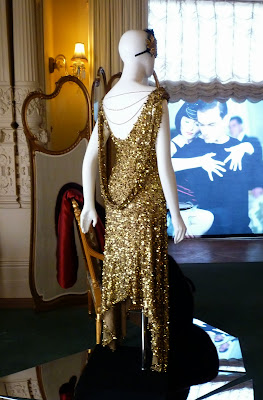 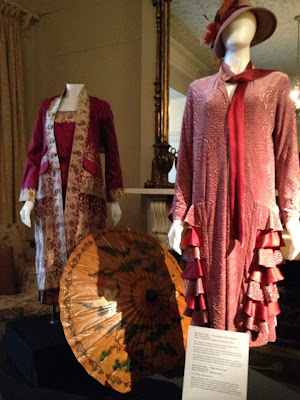 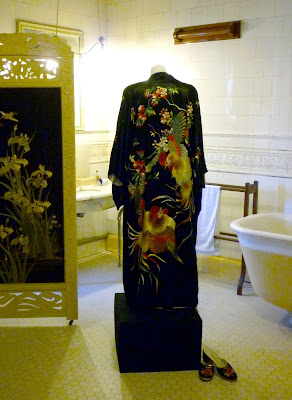 Along with the costume exhibition, you can also do the murder mystery audio tour﻿, which involves seeking out the various clues scattered about the mansion in order to solve the crime. 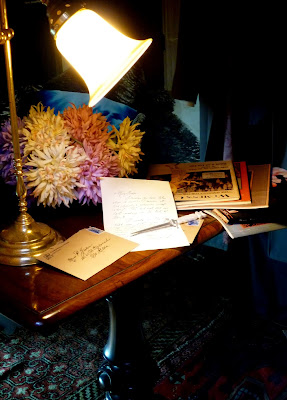 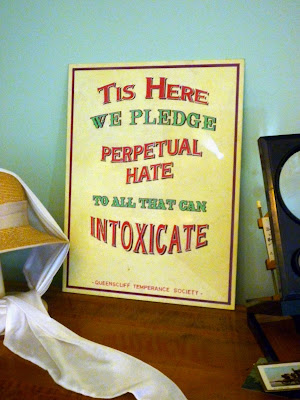 Booking your ticket online will save heaps of time;
there was a queue when I visited so I'd hate to think what it will be like in the final weeks.
Miss Fisher's Costume Exhibition closes on 1st of December.
﻿
- Tamara
﻿
Posted by Tamara at 01:18