The future's so bright...

And I'm not sure I like it. This dress is a departure from my usual choice of era, and although I consider it a success, I hate it!! Strong words I know but it's been hanging around for nearly 2 years and just the sight of the green cotton in my sewing box is enough to give me a seizure. The story goes something like this: 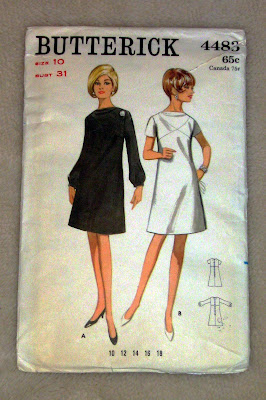 Butterick 4483 was purchased in my early days of pattern collecting, well before I settled on the 1930s - 1950s time period. I was particularly taken by the intersecting panels on the bust and the bell sleeves.
Some time later I purchased a large quantity of lime green crepe fabric on eBay but the green was far too yellow-based for my skin tone. A girlfriend I worked with at the time was a huge fan of this colour so I offered to turn it into Butterick 4483 for her.
There was some resizing to be done but Mdblm took care of that for me, he's good with that sort of thing. Looking at the pattern you'd think it would be fairly simple but those feature panels became a major stumbling block. No matter how hard I tried, I could not get those suckers to line up! I even cut an additional, larger cowl piece in an effort to give myself more fabric to work with. It was of no help. In the end I had to hand sew three of the four pieces together and very slowly machine sew the last piece into place. While they're not exact, they're pretty damned close and I can live with that.
Here are some pics of the finished garment. 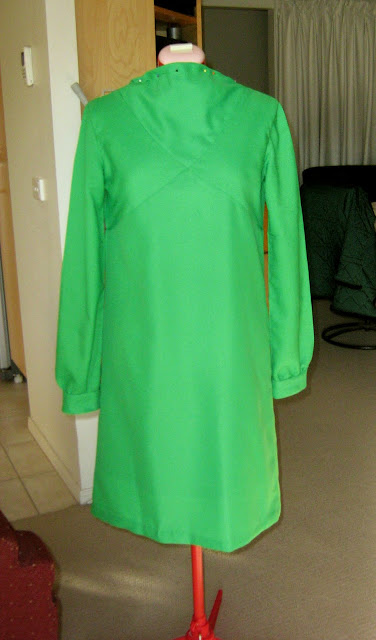 Butterick 4483 was delivered to its new owner on Tuesday, better late than never, and by all reports is still fits. I hope to have a photo of it in action real soon.
Posted by Tamara at 11:30