Due to my fragile state, this weekend has been a very quiet one indeed. That said, we did manage to get out of the house on Saturday afternoon, be it to go to the cinema but it was a nice change of scenery. It's been a while since Mdblm & I have been to the movies and we were in agreement that Captain America would be our next viewing. There really aren't many cinemas close by so we decided to take a trip in to the 'big smoke'.
The Sun theatre in Yarraville originally opened in 1938 and was a single screen 1050 seat cinema - the most luxurious in the area. It enjoyed many successful years until, due to the advent of TV, popularity of film dwindled and The Sun was eventually closed in the early 1980s. Today, the theatre is home to six boutique cinemas, all detailed in the art deco style and many with original details. What better place to see an old skool superhero movie set in the 1940s? 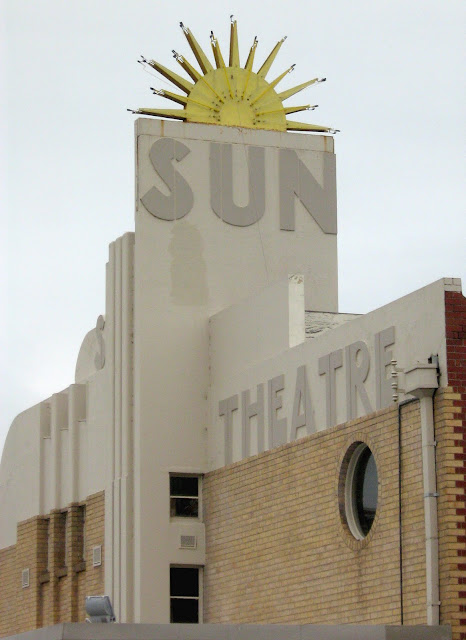 Captain America was showing in 'La Scala' - one of the smaller theatres which has super-soft leather couches so it was just like being at home, or Gold Class but without the excessive price to go with it. Perfect! I wasn't able to take many photos inside the building but if you're interested, more can be found here. ﻿
As for the film itself, we both really enjoyed it. It was just over 2 hours long with no sex scenes or swearing and no overblown special effects to cover a lack of storyline. Now. I've not read the comics or seen the cartoon so I have nothing to compare the story or characters to, for me it was just good old fashioned fun. I loved the set design - the 'Future World' at the fair was a nice touch - and the costuming was fantastic.
In fact, Peggy Carter's military blouses have inspired me to get back to work on my own 40s blouse. Like most of my UFOs - It's nearly done.... 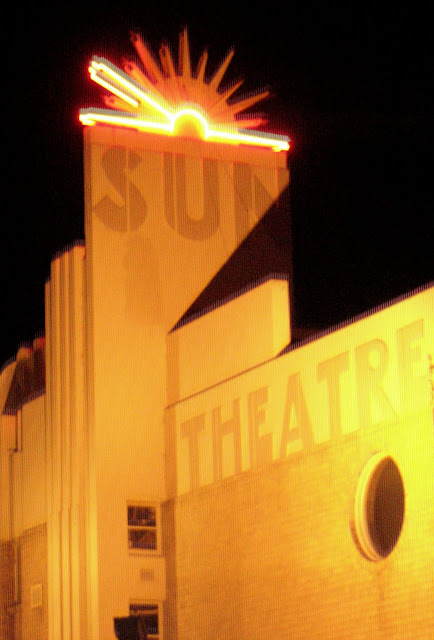