While I've been quite on the blog front, I have in fact been doing a fair bit of sewing. It had gotten to the point where my UFO pile was starting to overflow and I was getting sick of the sight of it so I dug out some of the easy fixes. I'm ashamed to admit there were a couple of things which only needed to be hemmed or a hook & eye added and they were done. Well, not any more!
Regular readers will remember, back in August last year, I introduced my first garment from the '500 Days of Summer Project - The Rooftop Garden Party Dress. The fabric and pattern were perfect for this dress but I wasn't hugely happy with how it looked. My next 'Summer' inspiration was from the office party scene at the beginning of the film. 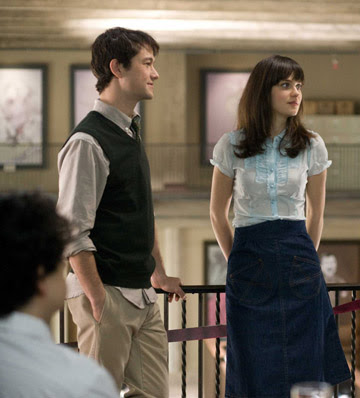 Just a quick reminder, all my outfits from the 500 Days of Summer Project were to be made using vintage patterns from my collection and would be inspired by the film rather than replicas of what appeared on-screen.


The skirt was fairly simple... 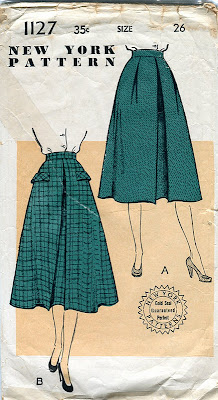 I chose Style B but left the pockets off and stitched the top of the inverted pleat down - it made me feel like I had a paunch! Not flattering at all. 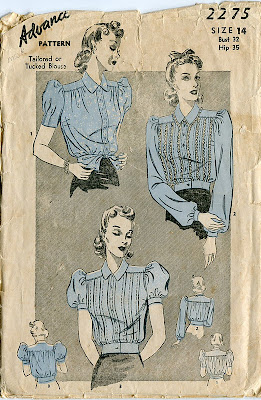 This blouse pattern has been in my collection since the early days and I've been dying to make it but was a little afraid - just look at all that detail! I'd had the perfect fabric for years and now the perfect occasion to make it so there were no more excuses.
I chose Style 1... 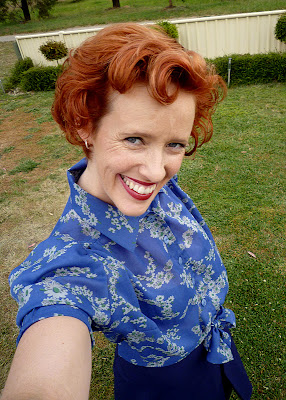 This blouse is adorable and the fabric makes my eyes look amazingly blue but it is a little 'blousey'. I've tried taking in the side seams but it made no difference so I may try adding an extra bust dart to get rid of the excess material.
As for the skirt and blouse as a combo - from the back it looks pretty good... 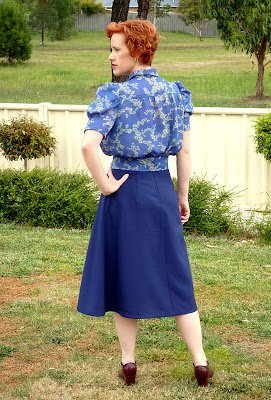 But from the front... 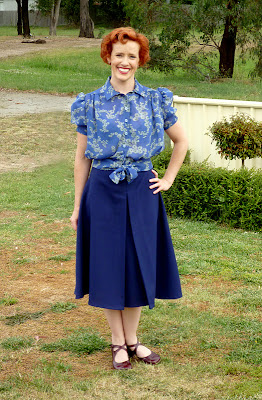 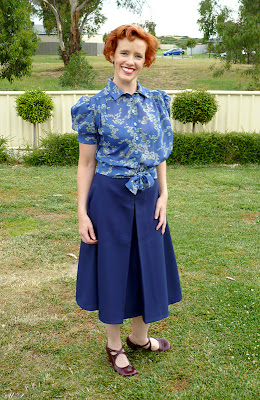 Very average indeed. I look like I'm going to disappear! And I do have a waist under all that fabric, this makes me look rectangular! OK, the second pic has more to do with how I'm standing but you get the point.
As far as the 500 Days of Summer Project goes, I've achieved my goal but as an outfit, it's a fail. I do plan to make some improvements - add the extra dart in the bust of the blouse; take the inverted pleat out of the skirt - but any fitting advice you guys might have would be greatly appreciated.
- Tamara
Posted by Tamara at 01:57